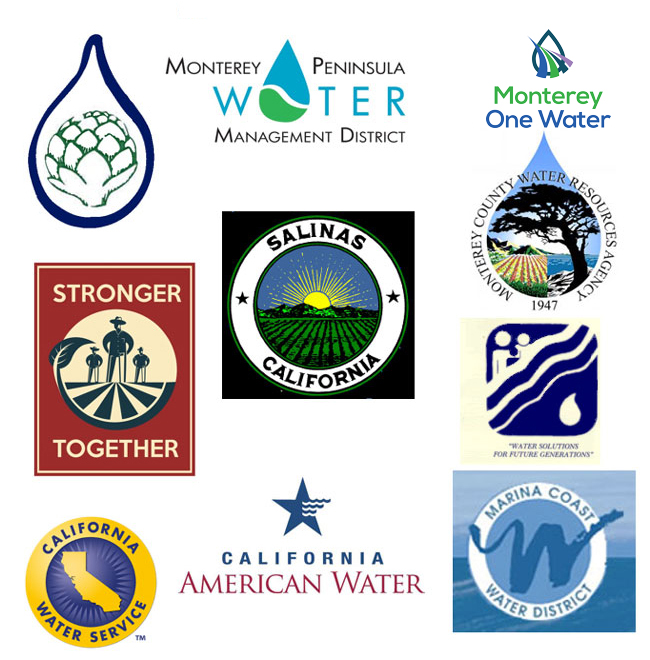 The MPWMD (or District) is a special district formed in 1978 under the California Water Code, Chapter 118 to manage, augment, and protect water resources for the benefit of the community and the environment. Approximately 104,000 people live within the jurisdictional boundary of MPWMD, which includes the six Monterey Peninsula cities of Carmel-by-the-Sea, Del Rey Oaks, Monterey, Pacific Grove, Seaside, and Sand City, and unincorporated communities within Monterey County including Pebble Beach, the Carmel Highlands, a portion of Carmel Valley, and areas adjacent to Highway 68 between Del Rey Oaks and the Laguna Seca area (also known as Arroyo Del Rey or Canyon Del Rey).

The District is governed by a seven-member Board of Directors, five elected from voter divisions, one member of the Monterey County Board of Supervisors, and one elected official or chief executive officer appointed by the City Selection Committee comprised of mayors from all Cities within Monterey County.

The Legislature granted the MPWMD broad powers in order to carry out its mandates. This special district authority gives the MPWMD the power to adopt ordinances and resolutions, and promulgate rules governing the use of surface and groundwater resources. These powers exceed those of most water agencies or other special districts in California. Accordingly, the District has promulgated a set of Rules and Regulations that provide the governing foundation for the District’s groundwater management authority. MPWMD’s legislative functions are to:

Monterey One Water (M1W), formerly known as, Monterey Regional Water Pollution Control Agency (MRWPCA), is a joint powers agency formed in 1972 to provide wastewater collection and treatment to the Monterey Peninsula cities (except Carmel-by-the-Sea). M1W also serves communities within its boundaries that are outside of the Monterey Peninsula Region (Salinas and Castroville). M1W is governed by a Board of Directors representing each of the jurisdictions that it serves. The agency has a regional treatment plant on the Salinas River and discharges treated wastewater effluent into the Monterey Bay near the Salinas River mouth in addition to producing recycled water for agricultural irrigation; however, M1W has a long-term plan to eliminate wastewater discharges to the Monterey Bay by constructing projects to recycle water within its jurisdictional area. Member agencies include Del Rey Oaks, Monterey, Pacific Grove, Salinas, Sand City, Seaside, Boronda, Castroville, Moss Landing, Fort Ord, Monterey County, and Marina.

In 1992, M1W and the Monterey County Water Resources Agency (MCWRA) formed a partnership to build two projects: a water recycling facility at the Regional Treatment Plant; a distribution system including 45 miles of pipeline and 22 supplemental wells. Its objective was to retard the advance of seawater intrusion by supplying irrigation water to nearly 12,000 acres of farmland in the northern Salinas Valley. The MCWRA partnered with the Salinas Valley community (primarily agricultural users in the northern portion of the County) to help build the projects. The $75 million dollar projects were funded by U.S. Bureau of Reclamation and State of California low-interest loans, plus local funding. Construction costs are being paid back using water delivery charges and assessments.

M1W is also the Program Manager for the Monterey Regional Storm Water Management Program (MRSWMP) and is responsible for program management and administration, permit management, technical program management, and related duties. Participating entities in the MRSWMP include the cities of Pacific Grove, Monterey, Seaside, Sand City, Del Rey Oaks, and Marina, and the County of Monterey.

Within the Monterey Peninsula IRWM Planning Region, MCWRA is responsible for providing flood protection and stormwater management to the unincorporated areas. The Agency develops regional stormwater management plans, regulates activities in the 100-year floodplain of the Carmel River, and administers the National Flood Insurance Program (NFIP) in Monterey County. Monterey County has been a voluntary participant in the Community Rating System since October 1, 1991, and the County was upgraded to Class 5 on May 1, 2007 (one of only a handful with this rating in the United States). With the improved rating, buildings located in a Special Flood Hazard Area receive a 25 percent discount for new or renewed NFIP policies. In the late 1970s, Monterey County developed the first ALERT (Automated-Local-Evaluation-in-Real-Time) flood warning system. The system consists of self-reporting remote sensors, located throughout the County, that transmit rain and stream level data by radio to the MCWRA and the county courthouse base station computers in Salinas. A few of the stations are also connected to the web and allows for the earliest possible flood warnings and river flow forecasts. Currently, the Monterey County ALERT system consists of 24 rain gages, 10 combination rain and stream gages, and 20 stream or reservoir/lagoon level sensors.

MCWRA is a member of the MRWPCA and the Seaside Basin Watermaster. It should be noted that MCWRA is also the lead agency for the Salinas Valley IRWM Plan and is a key partner in coordinating the use of recycled water from Monterey County’s largest treatment plant, which is located on the Salinas River and operated by MRWPCA.

California Water Service Group is the third-largest publicly traded water utility in the United States. The company provides water utility services to more than two million people in 100 cities through six operating subsidiaries (four of which are regulated by state public utility commissions and two of which are not). The company’s largest subsidiary, California Water Service Company (Cal Water), began providing water utility services in the Salinas area in 1962. Cal Water’s Salinas District serves more than 130,000 people, delivering approximately 20,000 acre-feet (AF) of groundwater per year through a system that includes 59 wells, 300 miles of main pipeline, and 8.6 million gallons of storage capacity.

Castroville Community Services District: The Castroville Water District was formed in 1952 under the County Water District Act for the purpose of installing and operating water supply and distribution system facilities for the community of Castroville. In 2007, the Castroville Water District joined with County Service Area 14 to form the Castroville Community Services District. The District provides water, sewer, and stormwater services to the Castroville community, Monte de Lago, North Monterey County High School and Moro Cojo subdivision, as well as recreation facilities, open space, street lighting, private street maintenance, pest control and abatement services within the district boundaries. The District serves more than 6,800 customers, delivering approximately 1,000 acre-feet/year (AFY) of water, all of which comes from the Salinas Valley Groundwater Basin.

City of Salinas: The City of Salinas is the largest city within Monterey County with a population of approximately 150,000 people. The City is a compact urban community within a unique agricultural setting, situated at the northern end of the Salinas Valley. It is also the employment center for Monterey County, supporting approximately one-third of all jobs within the county.

The City maintains storm drains and the sewer system, and operates an industrial waste facility for the treatment and disposal of process water from local agricultural industries and others with process water requirements. The City is served by two public water service providers, California Water Service Company and Alco Water Service Company. The City of Salinas is the only Phase I entity for stormwater in the Central Coast Regional Water Quality Control Board (RWQCB) region.

The District was formed in 1960 by a vote of the registered voters within the original service area, which was expanded in 1998 from 3.2 square miles to encompass the Ord Community in the former Fort Ord, which is 44 square miles. MCWD provides water and sewer services and has the latent power to provide fire protection, recreational, and sanitation (garbage) services.

Monterey County Farm Bureau is the private, nonprofit association of farmers and ranchers throughout our county, located on the California Central Coast.  Founded in 1917, Farm Bureau serves as a collective voice for farmers and ranchers and provides information, advocacy, benefits and services.   Farm Bureau collaborates with other agricultural organizations to fulfill its purpose of working for the solutions to the problems of the farm, the farm home, the environment, and the rural community.

Is responsible for the following:

The Coalition was formed in 1991 to address issues pertaining to water resources within the Salinas Valley Basin and the management of such resources. The Coalition recognizes that it is necessary to participate in the process in order to protect existing water rights and water resources while sustaining agricultural production and quality of life.

The Coalition supports the Monterey County Water Resources Agency (Agency) in its pursuit of long-term balance of supply and demand of water in the basin and in its effort to halt seawater intrusion. This support has been based on its belief that the Agency is committed to developing a program which will be cost-effective, reasonable, hydrologically sound and equitable to landowners in all portions of the Salinas Valley.